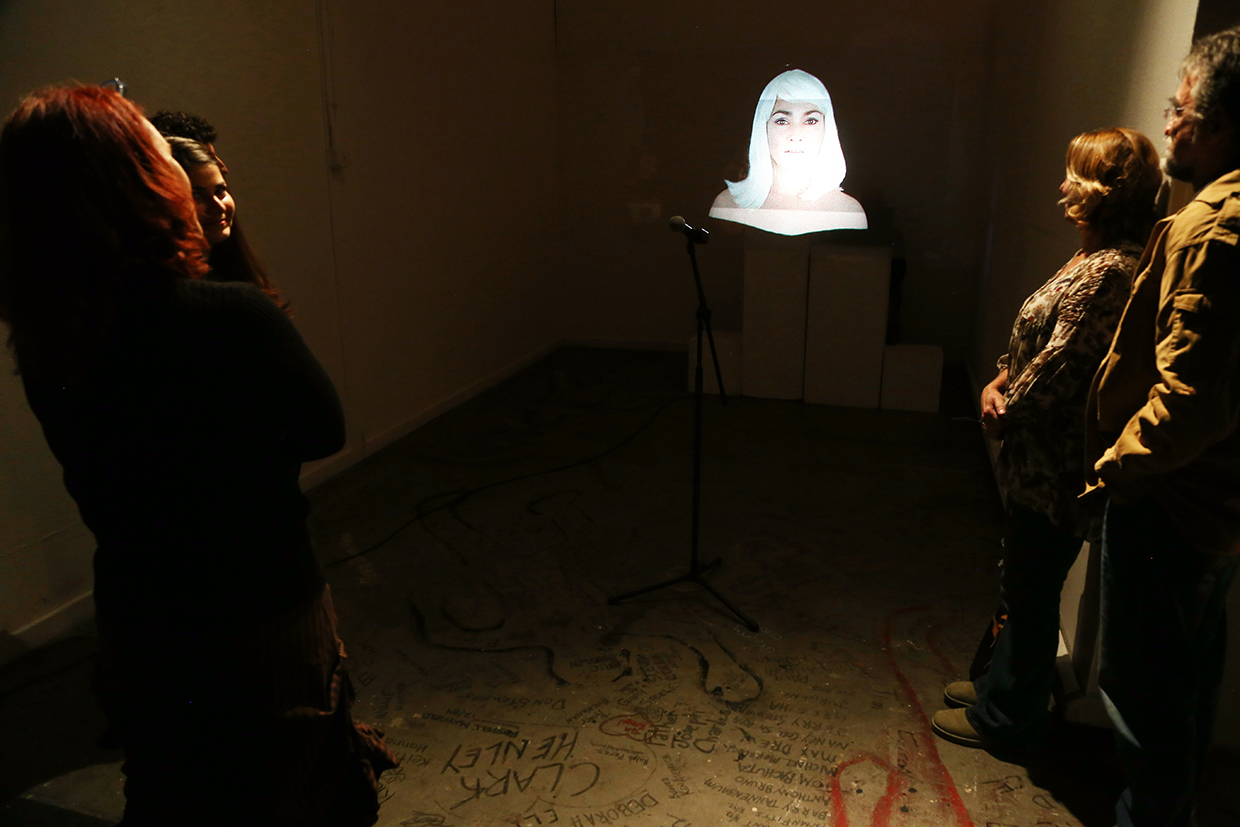 The Grand Turk is an interactive holographic installation envisioned as the successor to Wolfgang Von Kempelen’s 18th-century Mechanical Turk. She engages audiences in conversations riddled to understand humanity from an AI perspective. Depending on the spontaneous interactions that occur between the human visitors and the robot, the conversations shift between varying degrees of humor, tension, confrontation, and even apathy exploring a near-future possibility amidst the eventual convergence of machine learning, robotics, AI entities, and humans.

The Grand Turk was built by Ilknur Demirkoparan and performed in collaboration with Vuslat D. Katsanis and Renee T. Coulombe. Essential technical support was generously provided by Codrut Stancu.

A demo of this project was first presented at The University of Gothenburg, Sweden in November of 2016.

Premiered at Highways Performance Space and Gallery in Los Angeles as “Are We There Yet” in December 2016.